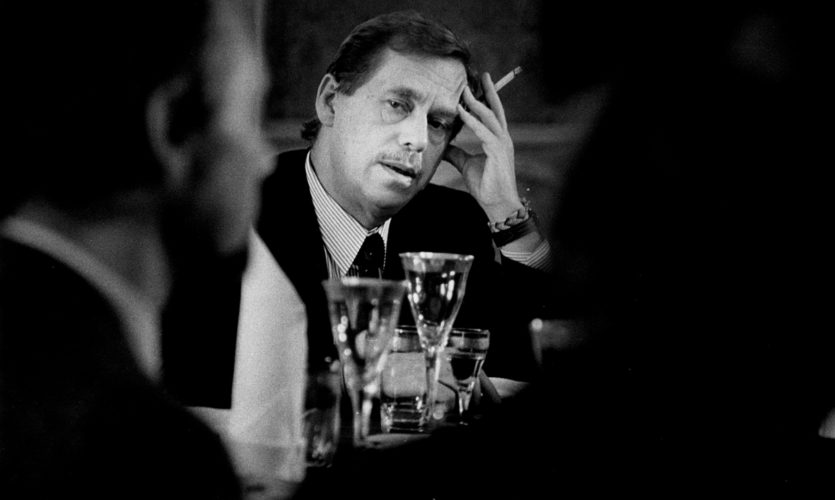 An unprecedentedly intimate, long-term chronicle of the public, political and private life of a world leader, this fascinating and often funny observational documentary follows absurdist playwright and jailed dissident-cum-Czech President Václav Havel from 1992 for over 10 years. After the accidental death of director Koutecký in 2006, the film was completed by his collaborator Janek and features cameos from The Rolling Stones and Bill Clinton. Winner of the Czech Lion Award for Best Documentary (2008).

Digital print courtesy of the National Film Archive in Prague. Preceded by At the Prague Castle (Alexander Hammid, 1931. 11 minutes). Co-presented with the Melbourne Cinémathèque.