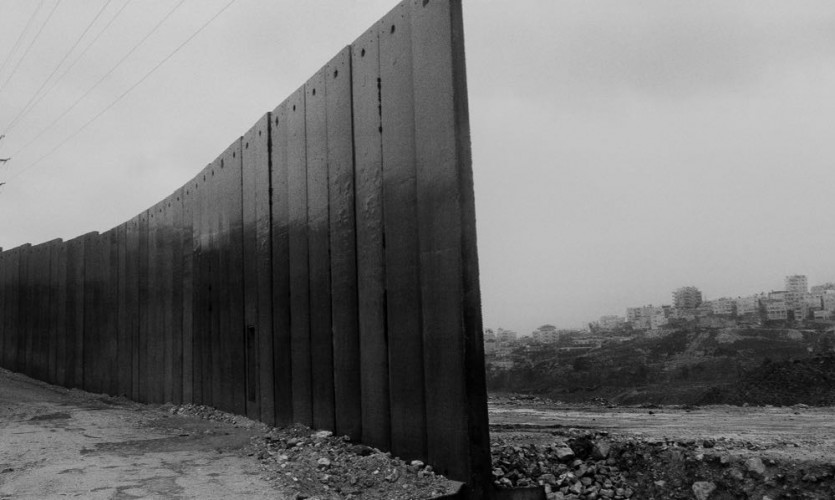 Soft diplomacy and the landscape photography of Josef Koudelka
Share
This:

As part of this year’s Czech and Slovak Film Festival there was a panel discussion on the question of how images play a role in soft diplomacy. An instrument of soft power, soft diplomacy specifically entails the use of cultural and symbolic capital to build mutual understanding between parties and promote trust and respect.

When analysed as part of cross-border educational and cultural programmes, it is not difficult to see how film and other media can play a role in alliance-building. Think, for example, of national art centre screenings and film exhibitions that are linked to international delegate tours and/or sponsorship programs aimed at strengthening multilateral engagement. In such instances, screen images are openly part of diplomatic efforts.

But can films and other media texts not directly tied to such institutional activities play a soft diplomatic role? Speaking about the use of regional metaphors in films and other texts made in the Balkans during the Bosnian war (1992-95), Vangelis Calotychos (2013) argues that while the metaphor of the ‘bridge’ was deployed in a number of contexts – local, regional and international – it still fed “political discourse, in the form of soft diplomacy, conflict resolution, and constitution building”. [i]

Similarly, it can also be argued that the photographs taken by Josef Koudelka in Israel and Palestine between 2008 and 2012 have soft diplomacy value, even if on first impression this seems hard to see. After all, Koudelka’s photographs are largely panoramic images of landscape, devoid of human figures. If art is going to play a soft diplomatic role, doesn’t it need to illustrate how people from different nations interact and collaborate?

Henri Cartier-Bresson remarked in the late 1980s about a then new body of landscape shots taken by Koudelka in France: “Where are all the people?” This is an important question for anyone wishing to assess whether art can be an effective diplomatic tool. People, so one argument goes, are central to representations of soft diplomacy, because showing people from different cultures aiding one another demonstrates to viewers how new, strong relationships are forged. And while scapes of all kinds have always been a feature of Koudelka’s work – just think of how expressive the urban street scenes are in the Prague invasion photographs from 1968, for example – by the late 1980s his frames were becoming increasingly depopulated.

But, of course, scapes never just simply show a view of something. They also convey historical, psychological and/or metaphysical meaning. In the case of Koudelka, it has been convincingly argued that his landscapes pry open the historical dimensions of change that have occurred to particular places and that “What is most important, what we grasp through his gaze, is the man-made landscape, or put another way, the revelation of the transformations of the earth for which man is responsible”. [ii]

At one point in the documentary Koudelka Shooting Holy Land (2015), the photographer is shown sitting down opposite a section of the Wall, a separation barrier in the West Bank. Referring to the multi-layered fence system as “shit”, he questions how people can destroy a beautiful, holy landscape. He then adds that while people can try to defend themselves on each side of the Wall, “landscape can’t defend itself”.

Yet at another point in the documentary Koudelka admits that the Wall is “spectacular”. As revealed by the images in his book Wall: Israeli and Palestinian Landscape (2008-2012), disaster and aesthetic pleasure can be conjoined. However, Koudelka does not aestheticise the violence that has been done to place, and to landscape, in order to make the world beautiful, but rather to render it sublime. And as a sublime phenomenon, place and landscape ambiguously signify the industrial, technological and military transformations that have divided the holy land up.

It is in this respect that Koudelka’s photographs can play a soft diplomatic role. While his (and our) gaze may derive pleasure from spectacle, it is also the case that his depictions of Israel and Palestine show a world abandoned. Whatever fascination his compositions have for us as aesthetic objects of contemplation, we also experience an immediate perceptual and emotional recognition of loss and exile. This recognition can be understood as showing both parties on each side of the Wall that the shared world they inhabit has its own topography, and that neither side escapes the presence of history or the forces of violent (physical) change.

[ii] Tiberghein, G. (2014). “‘Where are the people?’ Landscape in the photography of Josef Koudelka”. In Josef Koudelka: Nationality Doubtful. Matthew S. Witkovsky (ed). Chicago: The Art Institute of Chicago. 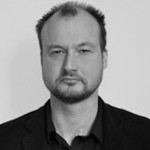 Tyson Wils is a lecturer at the School of Media and Communications at RMIT University, and the co-editor of Activist Film Festivals: Towards a Political Subject.

Vale Libuše Šafránková. The celebrated Czech actress passed away yesterday. expats.cz/czech-news/art… Casffa at 4:26 AM Jun 10, 2021
subscribe to our newsletter