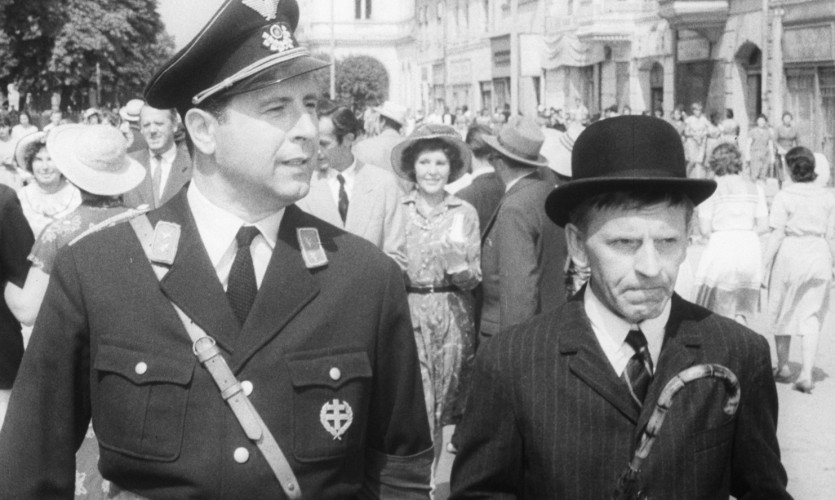 The Shop on Main Street (Obchod na korze, aka The Shop on High Street) is a wonderful example of a cinema of neighbours, representing the powerful beauty that can be drawn forth by diverse groups joining together in artistic collaboration. Co-directed by long-time collaborators Ján Kadár and Elmar Klos (with assistant directing by Juraj Herz, future director of The Cremator and Morgiana, also featured in this year’s festival), the film is primarily of Slovak origin, spoken in Slovak and features numerous Slovak performers. However, it was produced by the Barrandov Film Studios in Prague and is thus considered to be the first joint venture between the Czech and Slovak film industries.

But it is not only in its technical aspects that it is a film of neighbours. As a depiction of an imperilled community, both standing up and falling down to oppression, it beautifully illustrates the absolute importance of the empathic connections that draw communities together, no matter what backgrounds they come from. With a stunning 4K restoration, courtesy of the National Film Archive in Prague, The Shop on Main Street is ready to be seen with fresh eyes, to entertain and to sound a warning against the ease with which a brutalising darkness can sweep through a community.

“Following the occupation of Czechoslovakia by Hitler’s army, and the declarations of a Slovak state, one of the first political acts of Tiso’s regime was the voluntary acceptance of the Nuremberg Race Laws. The year is 1942…”

Spending a Saturday evening with cinema that exists in the shadow of the Holocaust is not everyone’s idea of a good time. Much of the more widely known cinematic imagery that comes to mind when one thinks of the Holocaust fits a grim, difficult, and confronting experience that can often lose nuance and humanity through being overburdened by the weight of history. However, as Peter Hames stated in his seminal book Czech and Slovak Cinema: Themes and Traditions, “in its treatment of the Holocaust on film, the achievement of Czechoslovakia is probably unequalled in its range and persistence”. This range is present in all of the classic New Wave films of the 1960s, which exhibit as many ups and downs as the average person can go through in a day.

In such films, the usual generic elements of what has become Holocaust cinema are never far away, but these films flit easily and almost effortlessly between the comedic and the horrific, between kitchen-sink realism and flights of fancy. The first two Czechoslovakian Oscar winners – for best Foreign Language Film of 1965 and 1967 respectively – The Shop on Main Street and Jiří Menzel’s Closely Observed Trains (Ostře sledované vlaky) exemplify this diverse construction with such clarity and vigour that their 50 years of age barely shows. Co-director Kadár spoke of an interest in “a comic, grotesque, tragic scenario that grows entirely out of a misunderstanding”. Kadár stated that:

“Ladislav Grosman’s short novel The Trap, later called The Shop on Main Street, attracted Klos and myself by its special angle of truthfulness, the tragicomedy of the story and the author’s humanistic approach. He has created a tragedy around one couple, Rozalie Lautmann and Tono Brtko, and in so doing has seen fascism from within. Grosman wrote the screenplay himself; we merely adjusted some details for the purpose of filming.”

Where Closely Observed Trains famously subverts Nazi tyranny through the tropes of the sex comedy (and functions as a blueprint that Wes Anderson would regularly call upon for inspiration), The Shop on Main Street refuses easy categorisation. In its lead character, however, the complicated shadow of Charlie Chaplin hangs upon his slumped shoulders as reference and commentary. Tóno, embodied exquisitely by Jozef Kroner, is our protagonist and a carpenter by trade, a skilled one by all accounts. The Nazi invasion of his native Slovakia has dislodged him from his place in the world, making him something of a tramp caught within the furrows of his old life.

Between helping old customers who cannot afford to pay and being berated by the expectations of his wife, Ružika, Tóno trundles around town, his rangy yet beloved dog in tow, with the faded memories of childhood games and Chaplin-esque antics faintly animating his movements. On his own, our hero makes light of everything, playing kids’ games, playfully observing superstitions, and belittling führers, while his wife looks after the household, takes care of the money, and keeps their world rolling along. As we listen to their arguments we hear the steady patter of well-worn grievances. This is a lived-in life, carved out of a worn world, and its simplicity – even in argument – feels untouched and unbreakable, even as Nazi soldiers roll by on a train destined for some fresh hell.

‘Respectability’ is soon to be thrust upon Tóno, forcing the dog to stay home and the antics to be lost to the children. His brother-in-law is a commander with the Nazis, helping to build a ‘great endeavour’ and symbol of dominance, a Victory Tower (which Tóno has been shut out of helping with). There is no love lost between the two men. But Markus has a peace token to offer: the requisitioned button shop of Rozália Lautmann (played by Polish actress Ida Kamińska), a local Jewish widow. Tóno is to become the ‘Aryan controller’ of Mrs Lautmann, meaning that ownership shall be transferred and the responsibilities – of controlling the shop and its denizens – will become his own. It all seems so simple. The easy promise of an elevation from working class to capitalist. As a night of heavy celebration takes its toll, as Tóno’s drinking begins to look like drowning-not-waving, Markus declares “We must all pull together or the boat will sink. That’s a fact!”, as he pisses against a wall. Stars shine in the eyes of his dear wife; dreams of the furs and fruits of Nazi power fill their minds. 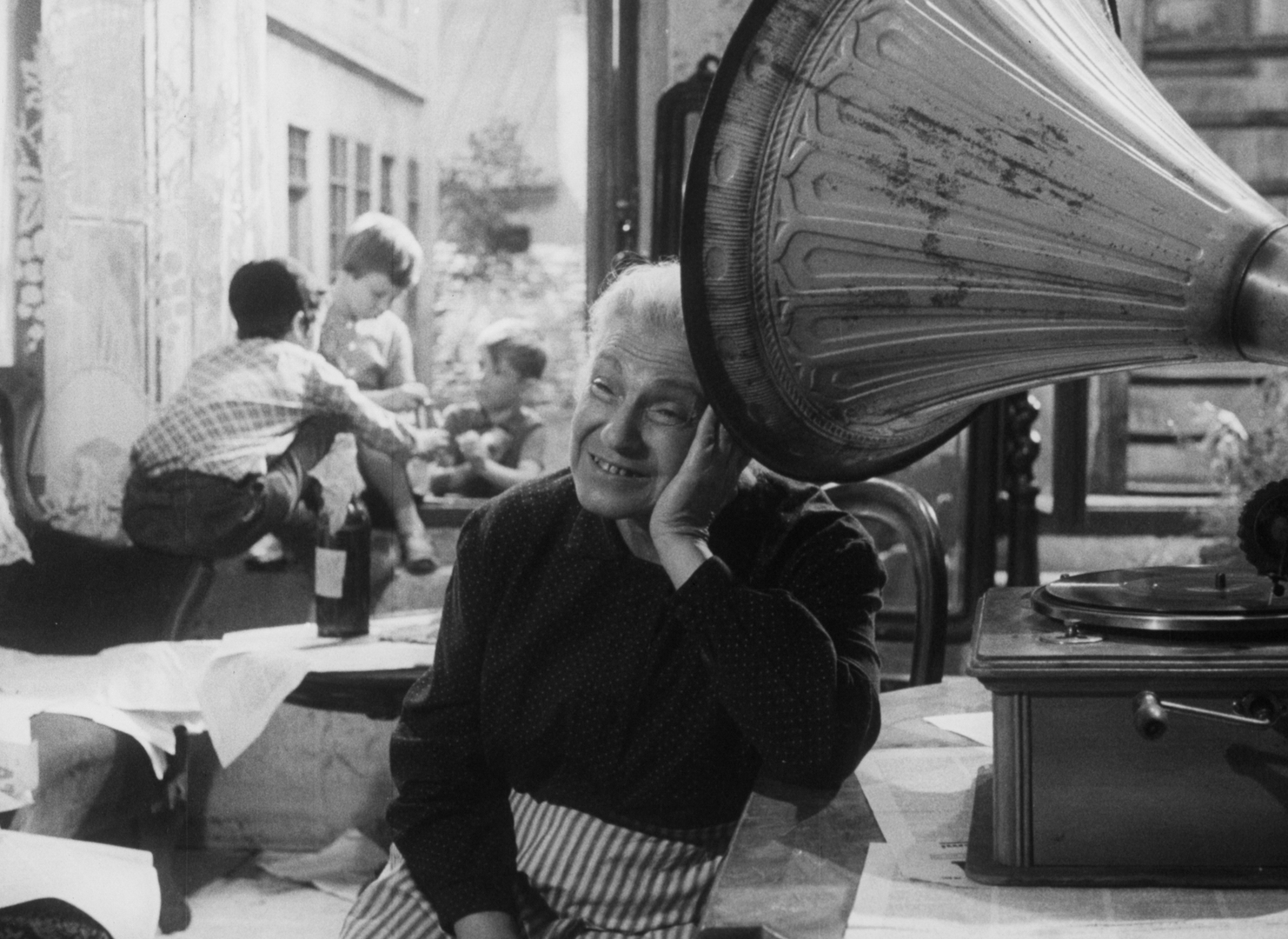 Ida Kamińska in The Shop on Main Street

This darkness sits upon the film, fought valiantly against through humour, but as the forces of history attest, it is inescapable. Lisa Mitchell, writing for The Essential, states that “The films of the Prague Spring…were about ordinary people living ordinary lives in a comical, joyous way that included laughter as a form of dismissal”. Jozef Kroner is a sublime physical comedian, allowing enough energy to bring humour, yet keeping it carefully subdued, never allowing caricature to take the reins from him. With his new business comes an old pinstripe suit and bowler hat, dragged out of the back of a cupboard and rescued from a sea of dust by Mrs Lautmann, along with a walking cane that immediately resurrects that Chaplin spectre. But the fun is fading. Even as he capers hilariously as he attempts to keep up with the half blind, mostly deaf, bent and ancient-beyond-comprehension figure of Mrs Lautmann, we start to get a sense of this ‘tramp’ being ground up in the machineries of genocide.

There is a resistance, a Jewish underground that joins together to ‘employ’ the Aryan Controllers and keep the hounds at bay. There is hope, in the actions of individuals who will not bow before the Reich. There is forever, in Tóno, the Chaplin who confronted Modernity and who confronted the Führer. But this is 1960s Czechoslovakia looking back in warning, so even as it freewheels through beautiful moments and depicts an incredible humanity, we have a strong inkling of where this narrative might end up. When a young boy asks Tóno from what his carpentry tools are made, he replies that the shellac is made from insect droppings and the glue from horse hooves. It is an echo and premonition of the repurposing of bodies that the Nazis would undertake in the concentration camps, a reminder of the processes of objectification through which living matter is transformed into something to be used. 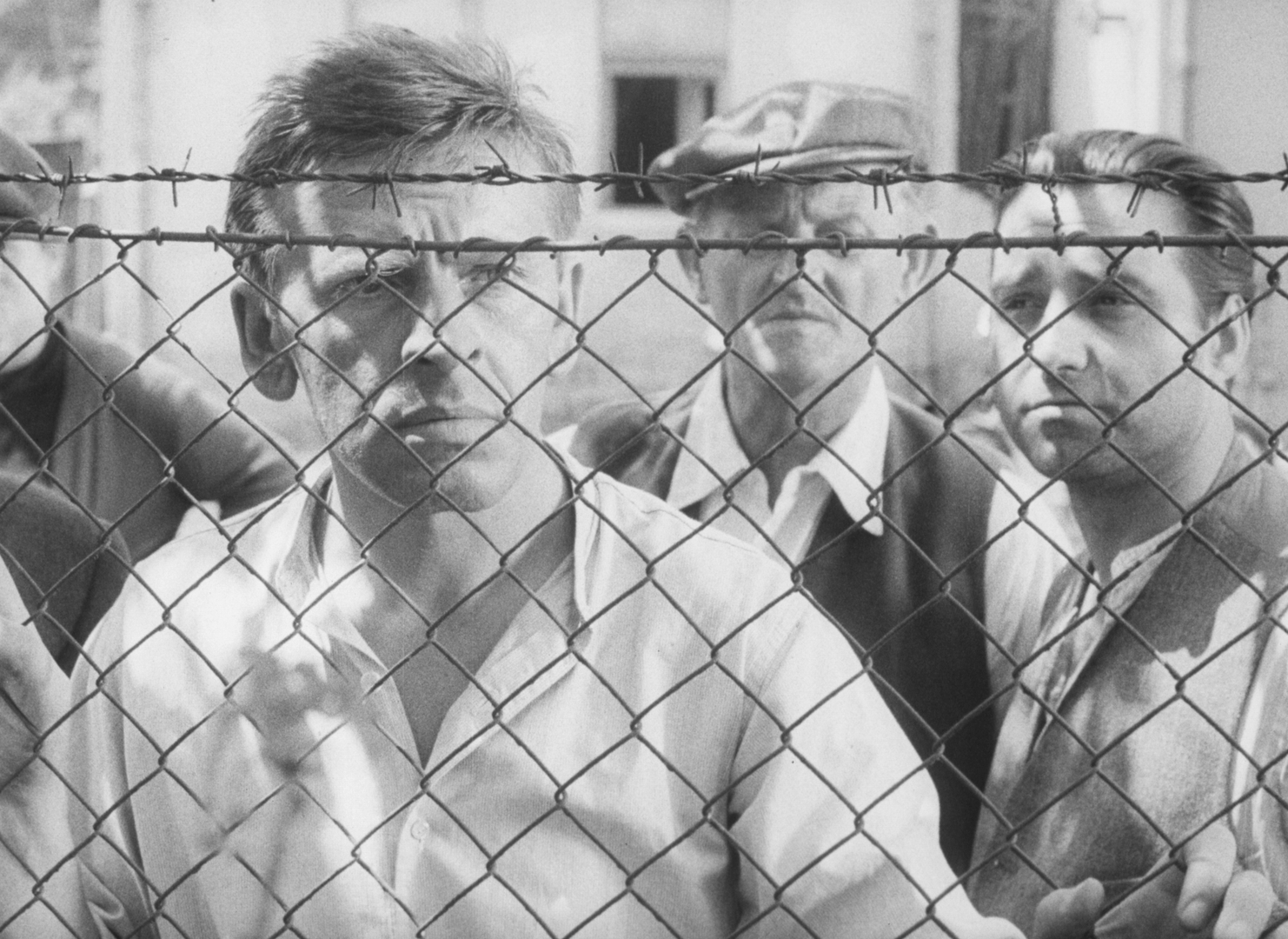 Jozef Kroner in The Shop on Main Street

Its characters caught in the amber of historical fiction, the film nails the portents of the impending horror to every corner of the town. Nearly everyone talks more about the past than of the growing oppression. All they have to hold onto is history, with no talk of the future and little of the present; that’s too dangerous. The sense of a towering paranoia, one that only those who have lived through such events can truly know, is palpable even as it crowds into the margins of conversation. The insidiousness of it, eating away. Tales of the current danger are kept behind closed doors or hidden away out of town. The presence of the fascists steadily expands as the Jewish presence begins to disappear. The ending has the charge of a thousand thunderstorms, crackling with a dangerous energy. The danger is present as panic sets in and the walls of history close in.

We know how this goes, but the treasure and gift of The Shop on Main Street is how it guides the audience through what we already know or presume, and gently reminds us to never let this be a reality again, to make sure it is only history talked about in barbershops. The film does this with such grace that it refuses the polemic, which perhaps makes the bite hurt all the more when it comes. However, Ján Kadár and Elmar Klos traverse the difficult terrain of entertainment and engagement, subverting oblivion and refusing the darkness even as it begins to swallow all that we love. The Shop on Main Street never feels like a punishment or an accusation, just a reminder: Look after your neighbours, look after those who cannot protect themselves. After all, as the film keeps reminding us, the Nazis viewed those who looked after people outside their own groups as being the most dangerous of all. Those who put others ahead of themselves are a dangerous breed in the eyes of fascists.

The Shop on Main Street screens at ACMI on Saturday, 16 September at 8.30pm. 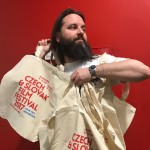 Ben Buckingham has worked in the Melbourne cinema scene for numerous years, behind the scenes, behind the screen, in front of the screen, and before it screens. Between running CineCult303, working in TV post-production and being a CaSFFA committee member, he makes feature films with friends (the upcoming Trench) and contemplates writing books about cannibalism.