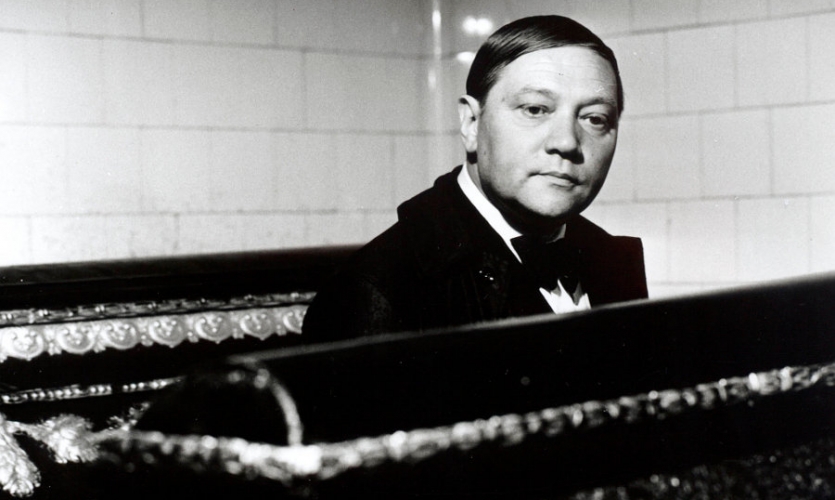 In what is now a well established CaSFFA tradition, it brings us great pleasure to be able to make our first program announcements for our next springtime festival even before the first month of the new year is over!

For every year since our outset we’ve partnered with the Melbourne Cinémathèque to present a selection of gems from the Czech and Slovak archives. This September we are partnering once again with the wonderful folk at the Národní filmový archiv (the National Film Archive in Prague) to present… at our fabulous home in Melbourne, the Australian Centre for the Moving Image… a retrospective of glorious films from the ’60s and ’70s, on High Definition DCPs and, indeed, on 35mm prints… by the great Juraj Herz!

Some of these titles will also make their way to Canberra in early October for our 2nd exciting venture to the National Film and Sound Archive in the nation’s capital.

Stay tuned for more details about our 2017 festivals in Melbourne and Canberra over the coming months.

But in the meantime, you can relish lapping up the particulars of our fantastic Juraj Herz program, detailed just below, and savour the manifold joys of its anticipation!

Delirium and Decadence: the Giddying Gothic Cinema of Juraj Herz 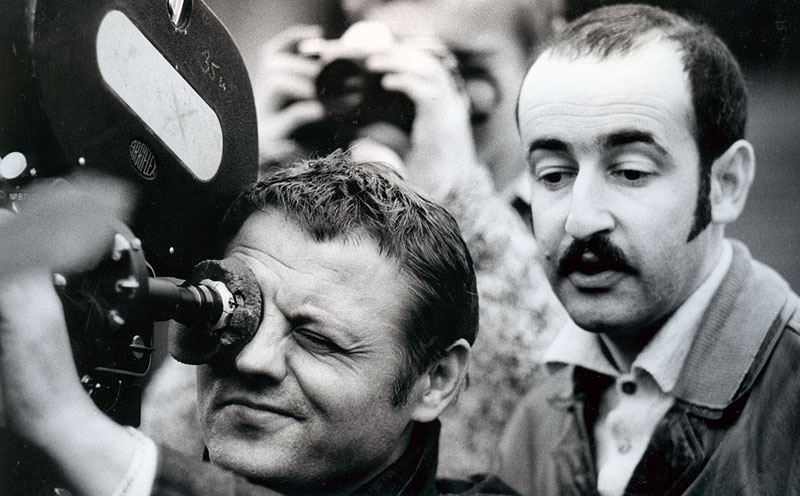 Slovak-born Juraj Herz (1934-) remains one of the great unsung directors of Czechoslovakia’s “golden ’60s.” Denied entrance to Prague’s storied film school FAMU, having already studied puppetry and design, and with his greatest films emerging after the 1968 Soviet invasion, he has too often been overlooked in accounts of the Czechoslovak New Wave, notwithstanding that he directed a superb episode of Pearls of the Deep, 1965’s omnibus film oft cited as a manifesto for the nascent movement (even if The Junk Shop was ultimately released separately) – or that his febrile 1972 doppelgänger fantasia Morgiana is widely considered the New Wave’s very last gasp.

Interned in the Ravensbrück concentration camp aged ten, Herz’s apprenticeship in film included assistant director duties on Ján Kadár and Elmar Klos’ Academy Award-winning The Shop on the High Street. Kadár admitted, “the foot of that Oscar belongs to Herz,” whose expressionist 1968 masterpiece The Cremator would pitch Kadár and Klos’ film’s themes of the Holocaust and conformism into exponentially darker comedic territory. With that same year’s Soviet crushing of the Prague Spring demanding there be no further smuggling of political commentary into film narratives, Herz turned to period films and fairytales.

This season of imported prints is rounded out by three hyper-stylised examples of his brilliant work cross-pollinating these ostensibly unprovocative genres, which for all their abundant aesthetic pleasures still present a reliably pessimistic take on the human condition.

Karl Kopfrkingl, chillingly portrayed by Rudolf Hrušínský (pictured at the top of the page), is a cremator wooed by Nazism in the early days of the German occupation. Production of this adaptation of Ladislav Fuks’ novel was halted during the 1968 Soviet invasion, further charging its already potent political undertones with an added horror and complementing Stanislav Milota’s virtuoso expressionist cinematography and Zdeněk Liška’s indelible score.

DCPs of both films courtesy of the National Film Archive in Prague.

9:20pm BEAUTY AND THE BEAST 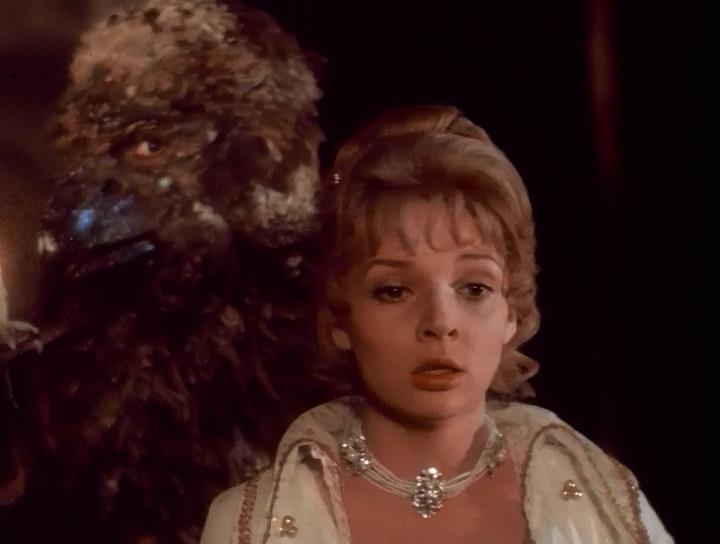 Beauty and the Beast

One of two fairytales he shot simultaneously (the other being The Ninth Heart), Herz’s adaptation surely remains the darkest, wintriest, most fetid filmic interpretation of Gabrielle-Suzanne Barbot de Villeneuve’s venerable fairytale. Headily steeped in Gothic atmospherics, Herz’s Beauty Julie (Zdena Studenková) is pitted against a most unconventional Beast (celebrated ballet dancer Vlastimil Harapes) whose tormented mien is less than leonine and instead inspired, one might surmise, by the surrealism of Georges Franju’s Judex and Max Ernst’s alter ego, Loplop. 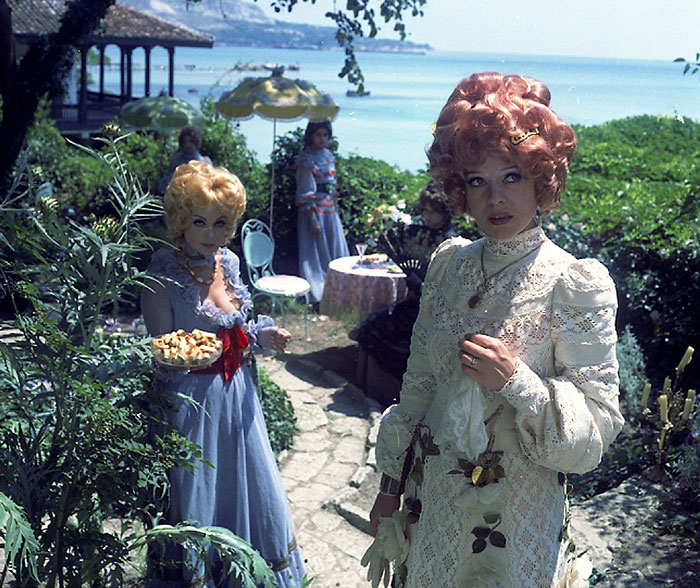 Iva Janžurová puts in a tour-de-force performance as twin sisters Klára and Viktoria, the latter hell-bent on doing away with the former, in this deliciously overripe adaptation of Aleksandr Grin’s 1929 novel Jessie and Morgiana. With froufrou costuming and opulent production design informed by Herz’s enthusiasm for the work of Gustav Klimt, cinematographer Jaroslav Kučera has a field day with wide-angle lenses and employing prismatic colour effects exceeding even those found in his earlier films with Věra Chytilová. Features an eerie soundtrack by the brilliant Luboš Fišer. 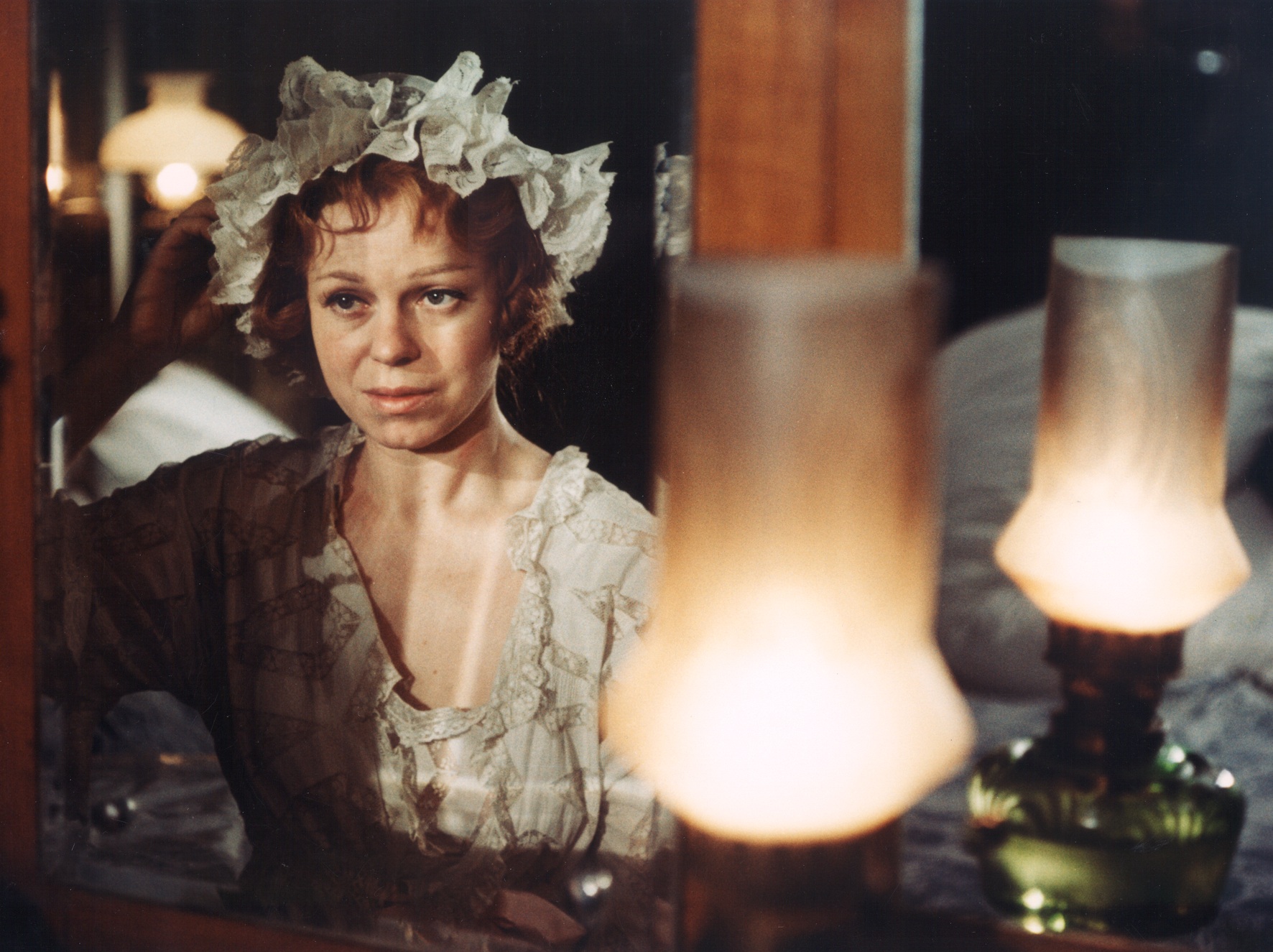 A virginal woman (Iva Janžurová) hopes to marry a jaded soldier in the Austrian army (Petr Čepek), wilfully ignorant of the dissolute proclivities that might just be sending him mad and attacking his body with a discomfiting wasting malady. Set, like its source, Jaroslav Havlíček’s 1944 novel, at the very outset of the 20th century, Herz’s sumptuous adaptation, enriched by “Dodo” Šimončič’s glorious cinematography, meshes the director’s love of Art Nouveau aesthetics with his peculiarly mordant Weltanschauung. The film’s ironically romantic score is by Luboš Fišer.

In one of the Melbourne Cinémathèque’s most varied programs yet, other seasons and nights in 2017 will celebrate the careers of Isabelle Huppert​, Dorothy Arzner, Walter Hill​, the Coen brothers, Harold Lloyd​, Robert Mitchum, Éric Rohmer​, Hirokazu Koreeda, Paul Verhoeven​, Jane Campion, Cristi Puiu​, Raoul Walsh​, and still more besides, after first opening with a three week season focusing on Marcello Mastroianni from Wednesday 8 February.

The full 2017 Melbourne Cinémathèque screening program is now accessible on the Cinémathèque’s website, with the calendar available in vivid print form at the end of January.