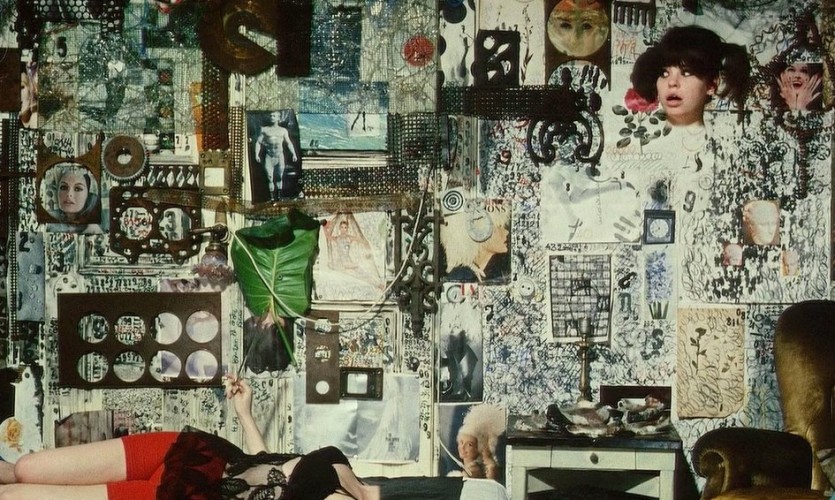 Today’s the first Wednesday of February, which signifies something wonderful for Melbourne’s fanatical cinephile community – it heralds the opening of another glorious year of screenings presented by the Melbourne Cinémathèque!

Moreover, every year since CaSFFA’s outset we’ve partnered with the Cinémathèque to present a selection of gems from the Czech and Slovak archives. This September we are partnering once again with the wonderful folk at the Národní filmový archiv (the National Film Archive in Prague) to present… at our fabulous home in Melbourne, the Australian Centre for the Moving Image… a major, three Wednesday-long retrospective of glorious films from the ’60s, ’70s and ’90s, on High Definition DCPs and, in two instances, on 35mm prints… by the great Věra Chytilová!

Some of these titles will also make their way to Canberra in October for our third exciting venture to the National Film and Sound Archive in the nation’s capital.

(And Brisbane cinephiles rejoice – details are still to be locked down, but you’ll be able to catch this retrospective in its entirety at our last year’s Brisbane venue, the Queensland Art Gallery & Gallery of Modern Art, even before it reaches Melbourne! Watch this space.)

Of course, there’ll be a whole lot more exciting information about our 2018 festivals in Melbourne and Canberra appearing here and on our social media channels over the coming months.

But in the meantime, you can relish lapping up the particulars of our fantastic Věra Chytilová program, detailed just below, and savour the manifold joys of its anticipation!

Original Sins: Resistance and Feminism in the Avant-Garde Cinema of Věra Chytilová 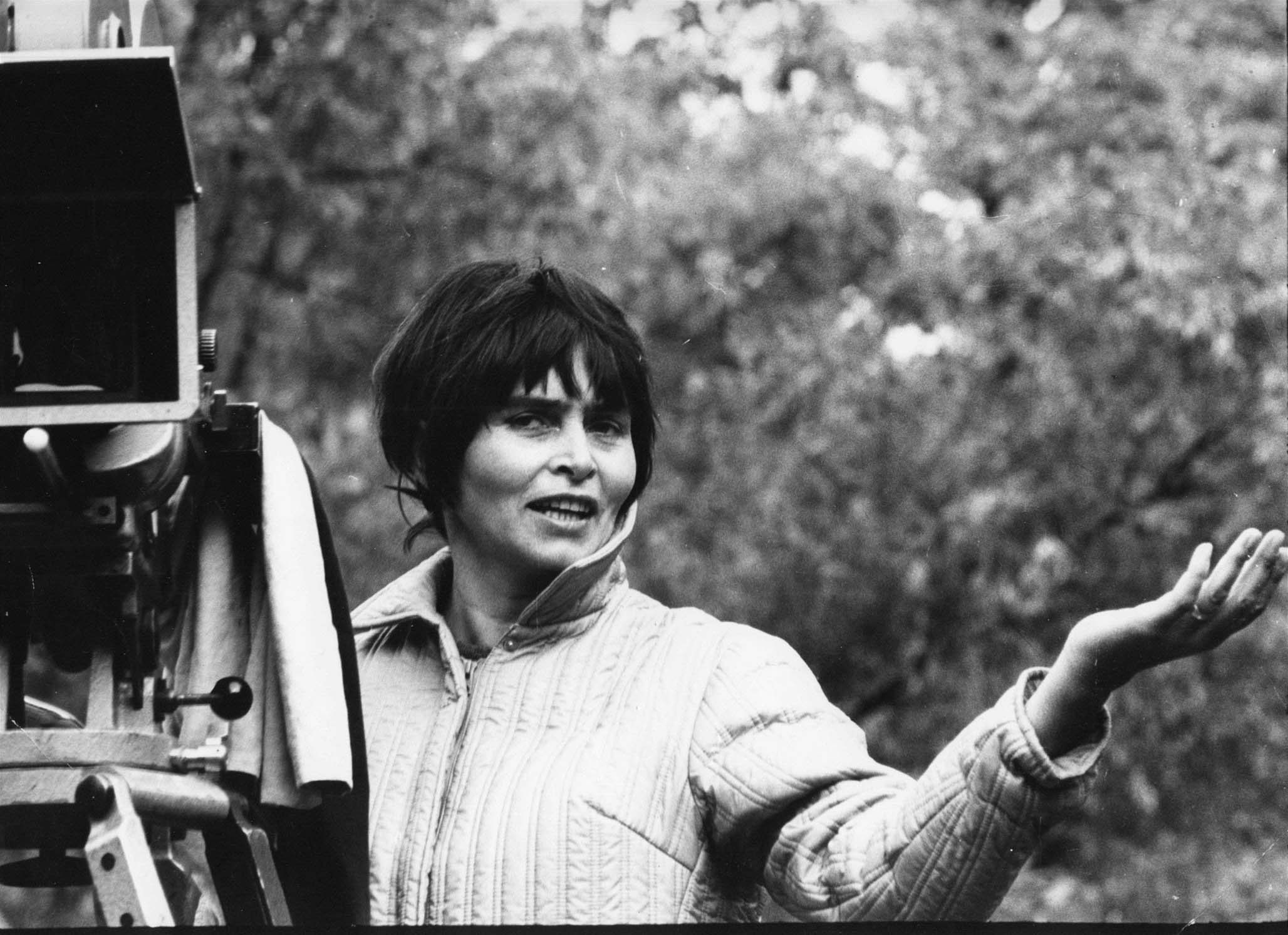 Dubbed “the first lady of Czech film”, the famously combative Věra Chytilová (1929–2014) will forever rank amongst cinema’s most uncompromising and protean iconoclasts. A key figure in the Czechoslovak New Wave, she enlisted as the sole woman studying film production at Prague’s legendary film school, FAMU, where she was accepted despite informing her examiners that she found their films boring.

Collaborating with fellow catalysing personalities of the New Wave – including her second husband, the brilliant cinematographer Jaroslav Kučera; writer and visual artist Ester Krumbachová; and editor Miroslav Hájek – she made waves at home and abroad with films that privileged women’s subjectivity, drew upon her lapsed Catholicism and played with cinematic form and aesthetics with a growing adventurousness, reaching experimental apotheoses (and garnering strident official condemnation) with 1966’s Daisies and 1969’s Fruit of Paradise, central films in this season. Unlike many, Chytilová remained in Czechoslovakia after 1968’s Soviet crushing of the Prague Spring. An open letter to “Comrade President” Gustáv Husák demanding she be allowed to make films again elicited worldwide support in 1975; her filmmaking career, stalled since 1969 due to opprobrium from above, soon resumed. As this season of imported prints will demonstrate, her lesser-known subsequent films are no less engaged with societal and women’s issues, nor are they any less provocative than her celebrated films of the ’60s. 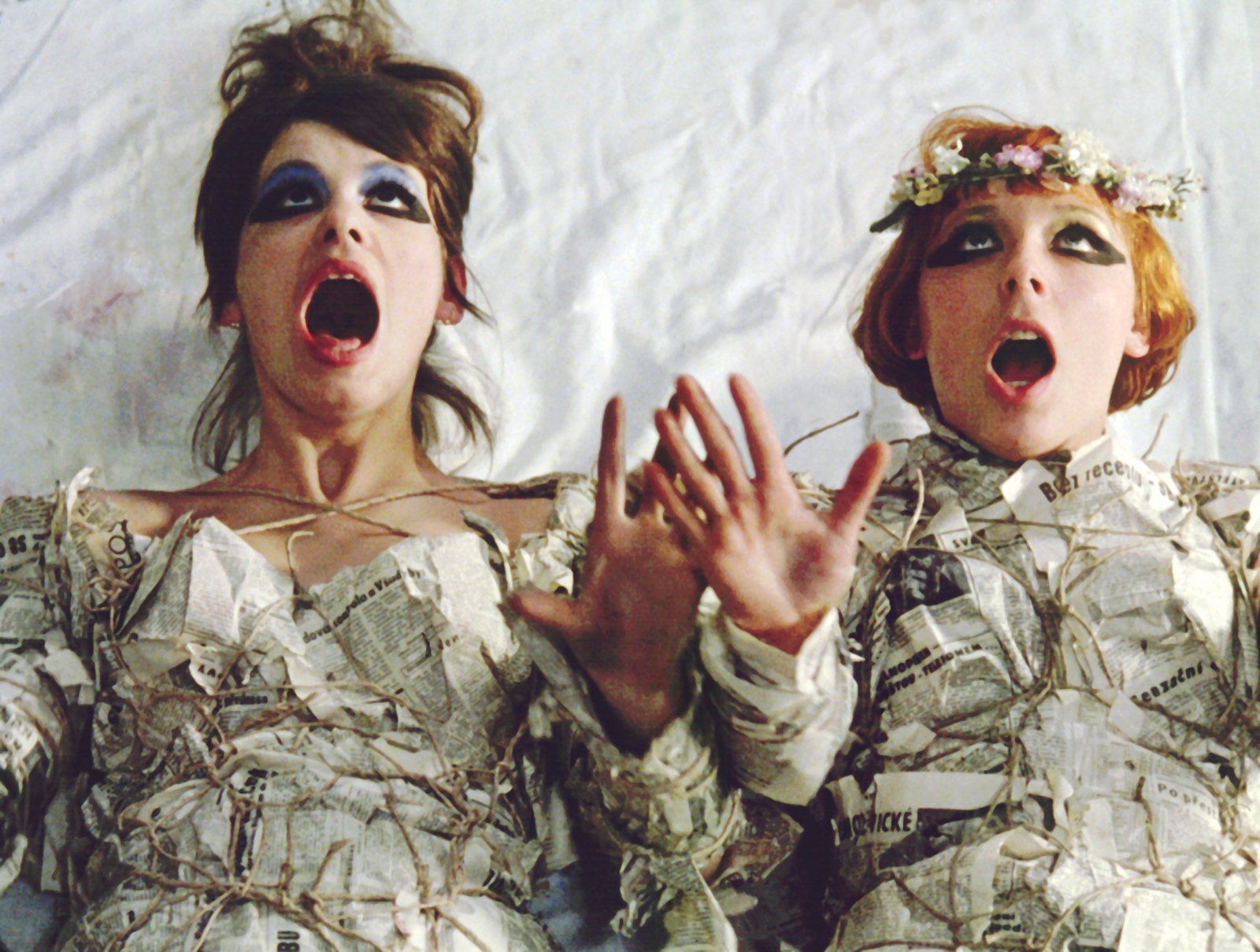 The film most emblematic of the freedoms afforded artists by the then imminent Prague Spring, Chytilová’s best-known film is a glorious Dadaist revolt against dominant narrative genres and modes of representation. Two young women embark upon an anarchic rampage, joyously exploiting a string of hapless men; chaos and wanton destruction ensue.

Preceded by A Bagful of Fleas / Pytel blech Věra Chytilová (1962) 45 mins. Shot in a teenage girls boarding school attached to a cotton mill, this quasi-vérité short anticipates both Daisies and Miloš Forman’s A Blonde in Love. 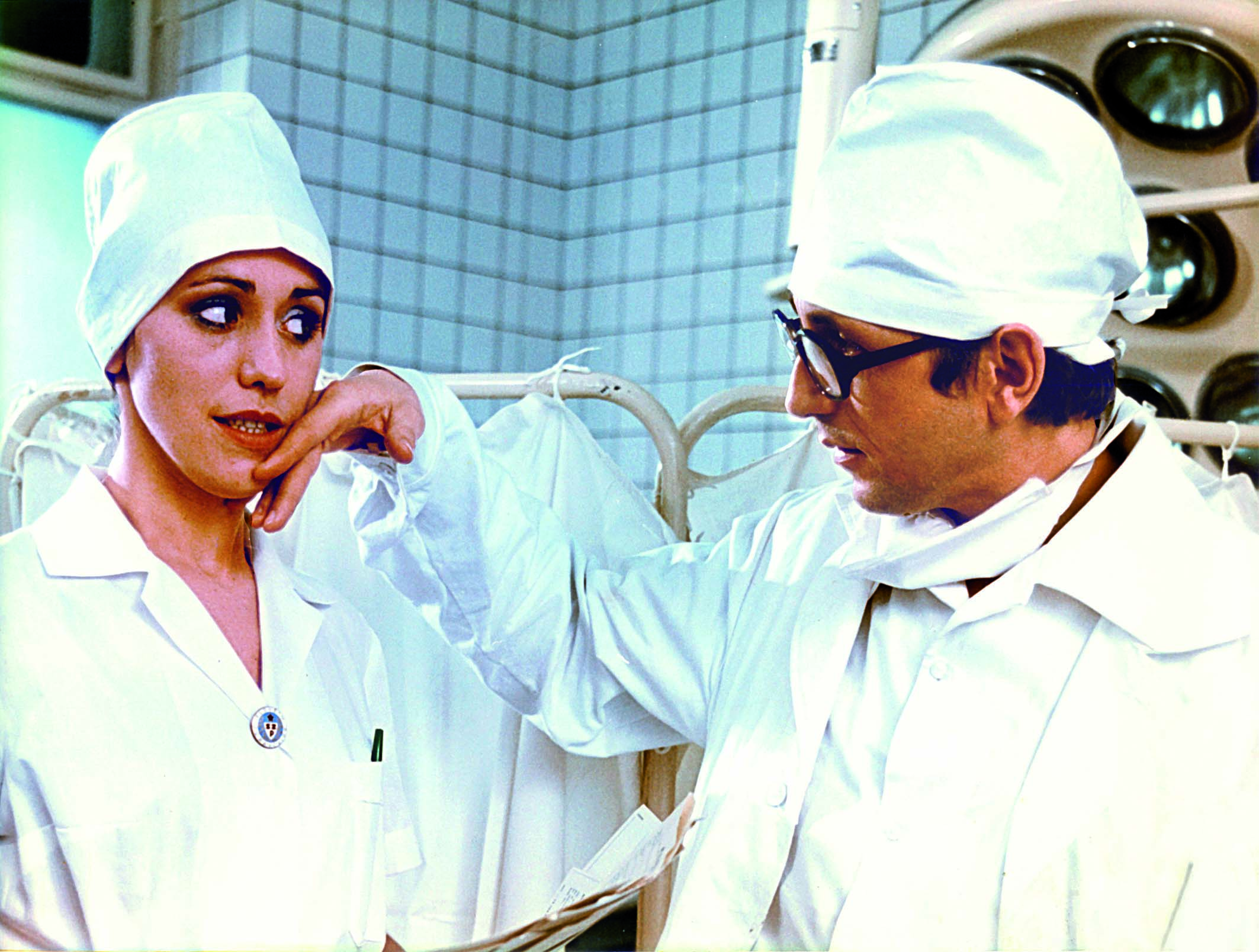 Chytilová’s belated return to filmmaking after the suppression of the Prague Spring is a remarkable feminist screwball comedy set around a maternity ward. Forgoing the more experimental approaches to film form and aesthetics that characterised her late ’60s work, it nonetheless includes no shortage of startling imagery. Fellow New Wave director Jiří Menzel stars as a nerdy, philandering ob-gyn opposite a quixotic young nurse played by Dagmar Bláhová (Maria Ramsay in the original 1985 series of Neighbours on Channel 7!). 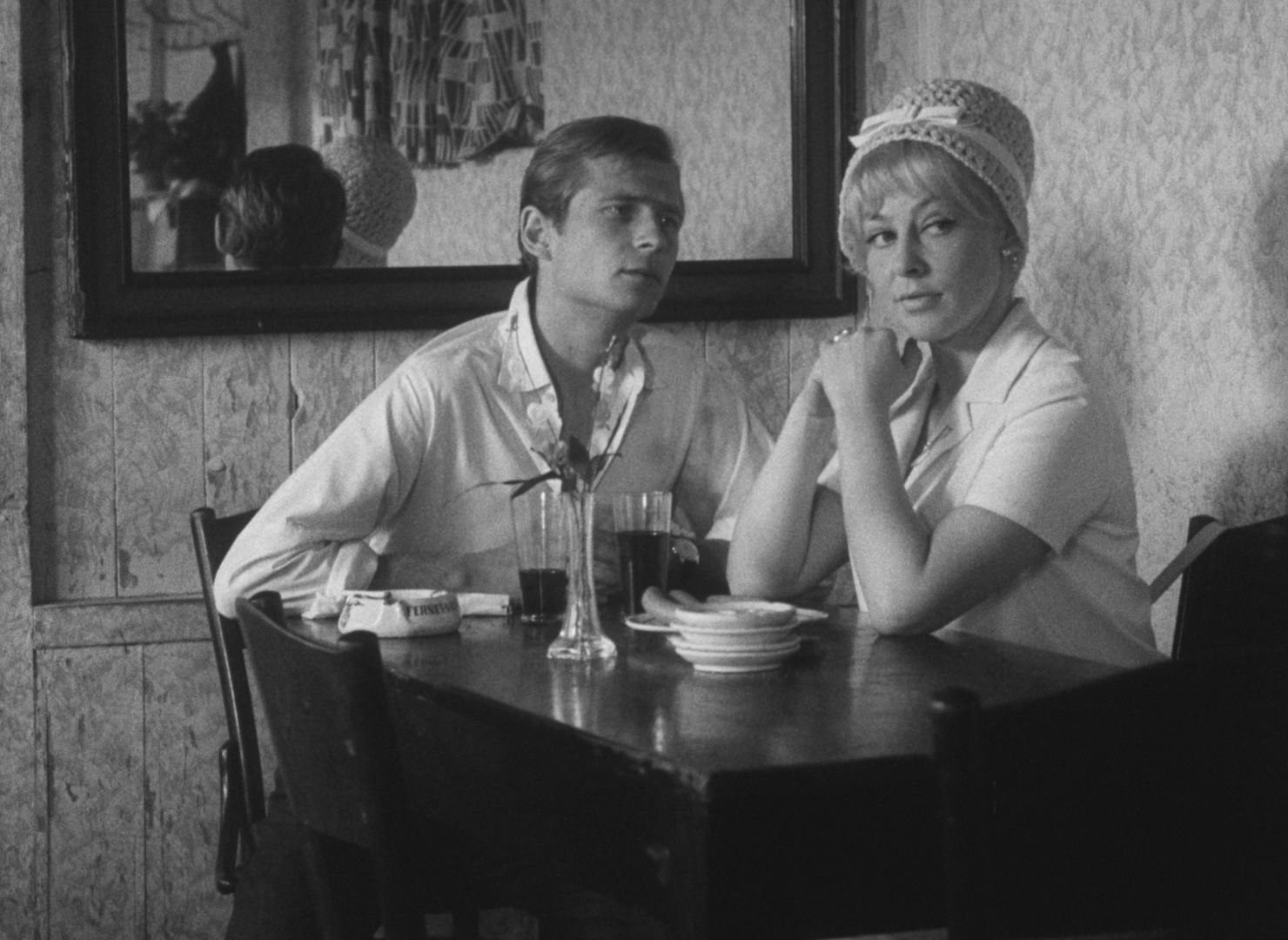 Concordant with the faraway burgeoning of second-wave feminism, Chytilová’s debut feature intertwines an ostensible documentary on champion gymnast Eva Bosáková with veristic but dramatised scenes from the life of a frustrated housewife. Both are strikingly shot by Jan Čuřík; the jazzy soundtrack is courtesy of the Semafor theatre’s Jiří Šlitr. 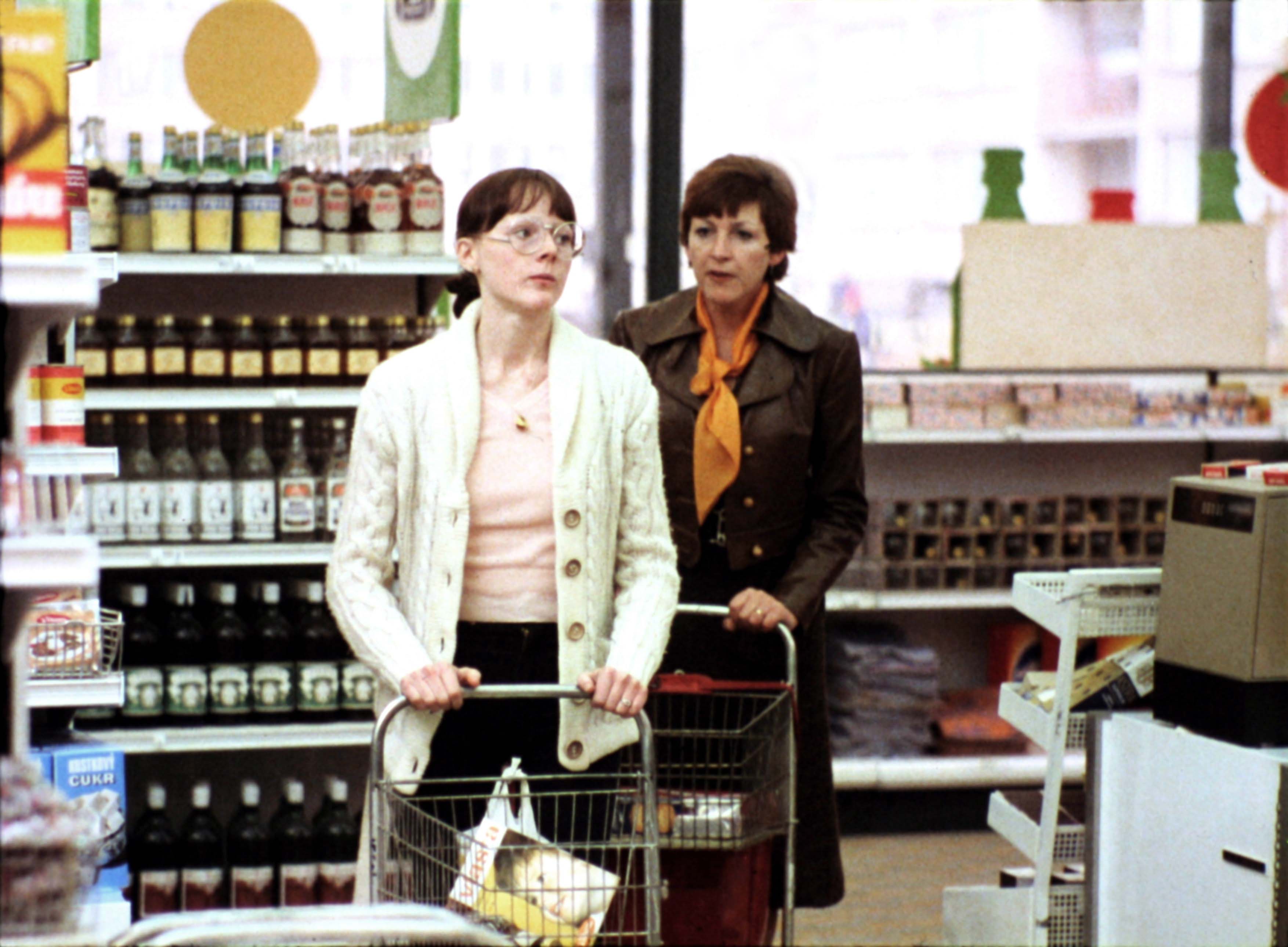 This scathing and often very funny rubbishing of life under Normalisation (1969–1987) has had scant exposure abroad; the local authorities did their utmost to suppress it domestically for many years, too. Working once more with Jaromír Šofr, her cameraman from Ceiling and A Bagful of Fleas, Chytilová presents a frantic, wide-angled, noisy mosaic of life at a monstrous, underdone, debris-ridden high-rise housing estate on Prague’s outskirts, cocking a vicious snook at its Potemkin village pretensions to community building. 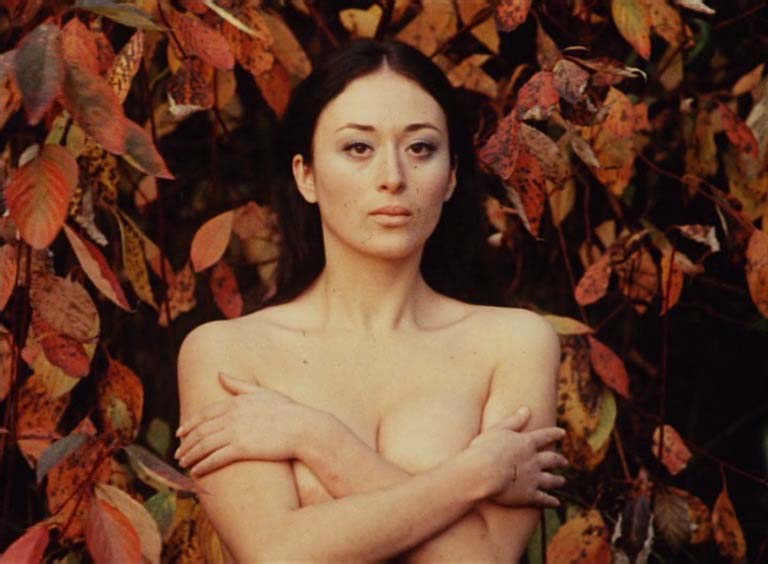 The most experimental film of the Czechoslovak New Wave had Chytilová again collaborating with her Daisies cohort of cinematographer Jaroslav Kučera, screenwriter and costume designer Ester Krumbachová, and editor Miroslav Hájek, in addition to the Studio Ypsilon theatre troupe. In this gnomic and wildly psychedelic farewell to the Summer of Love-like ambience and freedoms of the Prague Spring, Edenic mythology feeds into an absurdist, richly symbolic, relationship-cum-serial-killer drama, accompanied throughout by a rapturous Zdeněk Liška score. 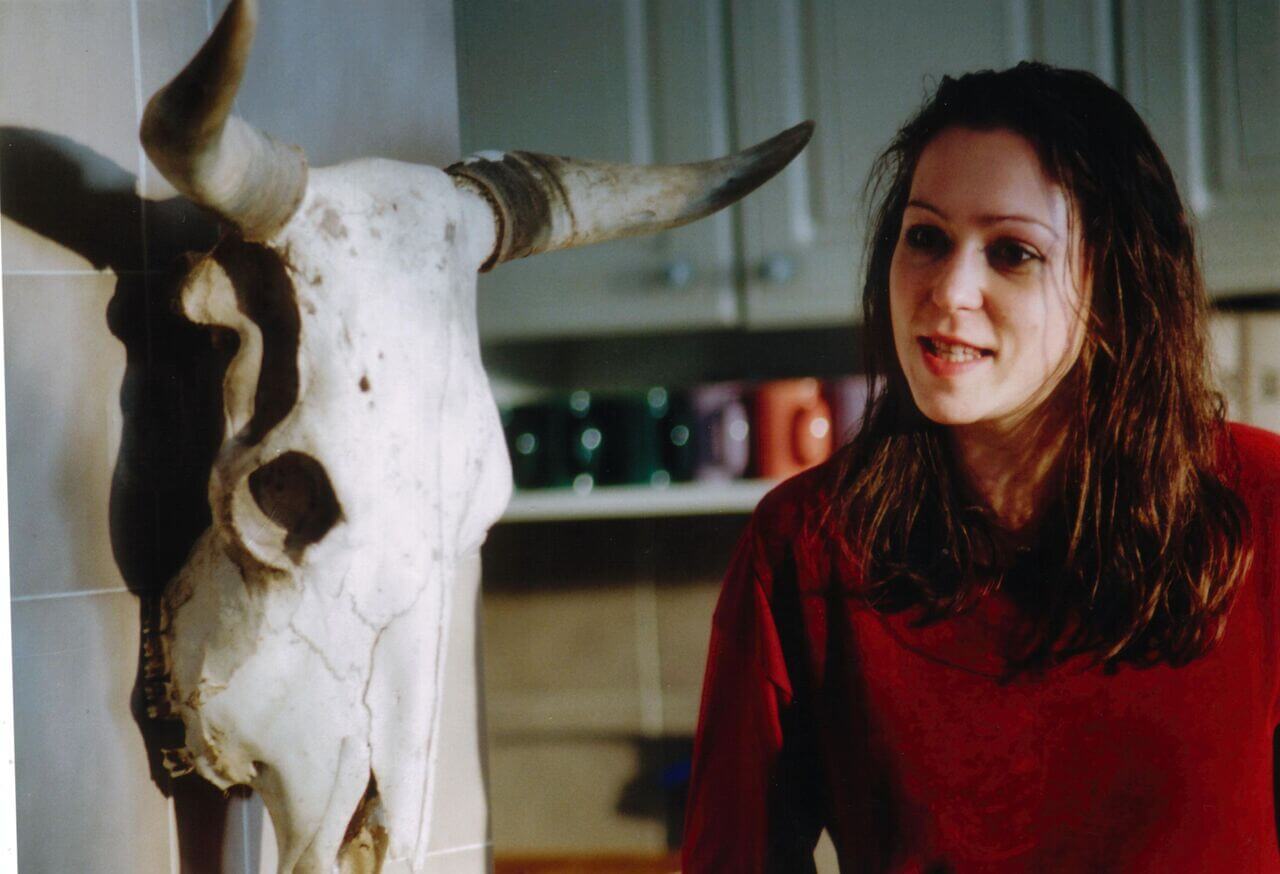 This under-seen, pitch-black farce ranks amongst the director’s most provocative and unforgettable films, as fiercely feminist as it is nonetheless ribald and pessimistic. Burlesquing the rape-revenge genre, it concerns a veterinarian and the fallout from the very particular vengeance she obtains after being sexually assaulted by a corrupt MP and a slimy advertising executive. Chytilová’s antepenultimate fiction film is a family affair, with camerawork from son Štěpán Kučera and costuming by daughter Tereza Kučerová. With Dagmar Bláhová.

The full 2018 Melbourne Cinémathèque screening program is now accessible on the Cinémathèque’s website, with the calendar already available in vivid print form as well.

Congratulations to Geoffrey Rush, the guest of honour at this year's @KVIFF. The Australian Oscar-winner actor wi… twitter.com/i/web/status/1… Casffa at 3:00 AM Jun 25, 2022
subscribe to our newsletter